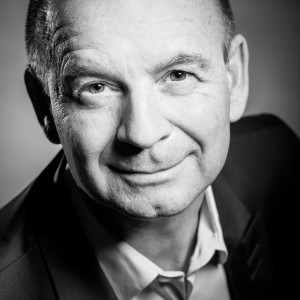 Norbert Specker is a “networker” and thrives on unsolved riddles and intriguing questions.

In the early web days (1994), this led him to initiate and create the yearly Interactive Publishing Europe Conference. Norbert firmly believes that bringing people, ideas and products together, is the best way to solve riddles and answer questions.
Out of the same belief grew the ambition to gather the most relevant events of the European content Industry and create the first European content marketplace Content Summit.

Norbert initiated and co-founded together with Monique van Dusseldorp and Robin Hunt europemedia.com (1998) –a free weekly newsletter reporting on the online media developments across Europe.

Further contributing to the recognition of excellence was IP Top, the yearly award for the best in European Interactive Content created in 1998.

Norbert is the owner of CATCHUP! Communications AG, a small and efficient interactive media and content development think tank and consultancy which was founded, in 1992, with offices in Zurich and Berlin. Norbert gets engaged as strategic adviser, concept developer and enabler. The company provides also research and input for the likes of FIFA Marketing, Neue Zürcher Zeitung, Swiss Teletext or Otto Versand. Since 2004 Norbert represents the Canadian company CityXpress Corp. in the German speaking markets Germany, Austria and Switzerland and has build an extensive newspaper client list. The Xpress Newspaper Auction has proven to be an excellent print/online product and represents as much a strategic move as a solid source of incremental income.

In 2001 Norbert established the Digital Collection, a digital museum, with more than 240 online news sites from around the world covering September 11. The site has been featured in publications like Spiegel, Wall Street Journal, Südeutsche Zeitung, USAToday, Wired, La Repubblica and dozens more. It has triggered school and university projects and has become part of history itself.

Norbert writes regularly for newspapers (check the bi-weekly columns in NZZ am Sonntag if you read German), weblogs  Lately On The Web (Netwanderings/Older version), September Blog, the trade press, speaks and moderates at conferences and is the author of a book on audiotex/interactive media (1993) and one on customer dialogue (1999). In 1998, he was included in the ´50 international new media names to know´ list of the Online Journalism Revue (Annenberg School of Communication/USC).

Norbert is a long-time judge for the EPpy Awards for Online Newspapers and served on the advisory board of the Media Center of the American Press Institute (API) and on the founding board of the E-Book Newsstand Association (EBNA).

Since 2016 he works as judge for the INMA Global Media Awards which are given to new media companies.

With his Canadian wife, Liz Nokes, he was involved in the mid-eighties in managing The Stage Company. The modern dance, music and theatre company had a true vision of convergence on stage – and a bumpy ride while getting there.

Oddly similar to the first two decades of the online publishing industry.